Restoration of the first commercial camera in history, with which was made the first photography in Spain, in November 10th of 1839.

One of the first equipments designed by Daguerre and produced by Alphonse Giroux, was acquired for Spanish engraver Ramon Alabern on September 1839. Two month later he made the first photography in Spain with this camera, documented and on behalf of The Royal Academy, on November 10th 1839, in Pla de Palau square, Barcelona.

This historical photographic plate was missed some weeks later, after to be raffled among those attending this historical event. The RACAB purchased the equipment from Mr. Alabern at the end of 1839 and it remained in their showcases until today, among other antique tools, books and scientific instruments of great value.

The restoration project of this exceptional equipment was the first step of a more extensive research project about this camera, the invention of daguerreotype process and first photography taken in Spain, by photographers and photographic history research Martí Llorens and Rebecca Mutell (Factoría Heliográfica). At the same time director Lalo García and producer Txell Sabartés (Voodoo Productions) are doing a documentary about this historical photographic research. 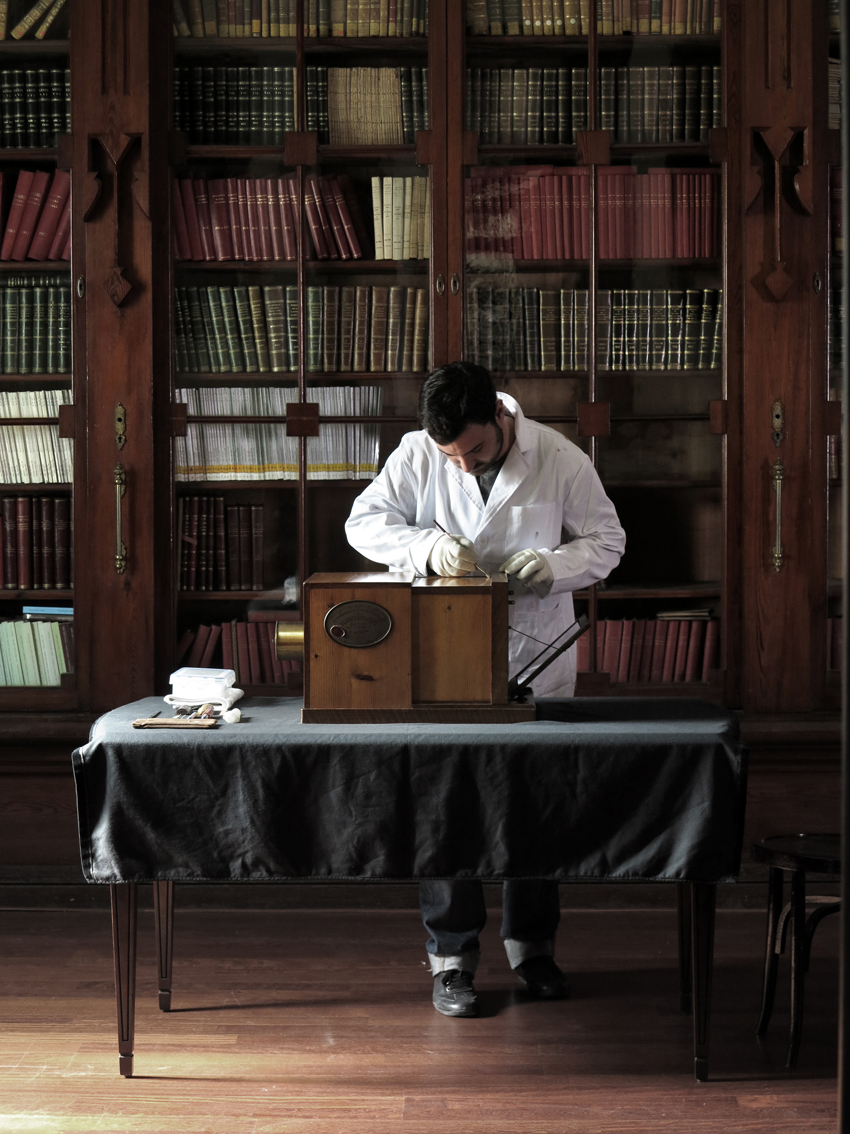 Restoration process in The Royal Academy

Director Lalo García made an audiovisual piece during restoration process of the Spanish Daguerre-Giroux camera at the Reial Acadèmia de Ciències i Arts de Barcelona (RACAB). This is a small piece from an ambitious documentary he is making in collaboration with photographers and photographic history researchers Rebecca Mutell and Martí Llorens, an produced by Txell Sabartés / Voodoo Productions. 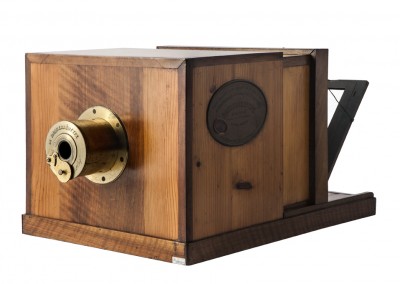 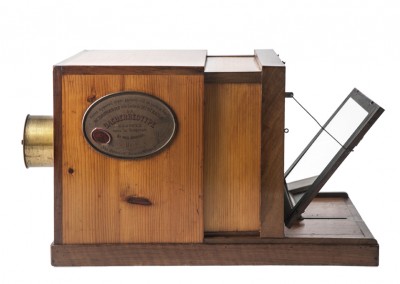 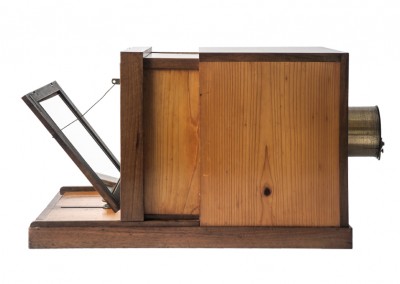 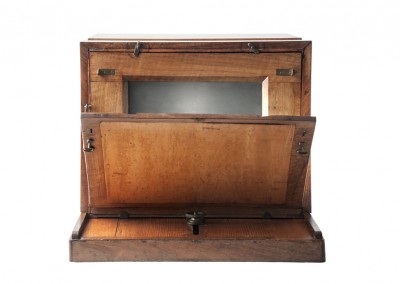 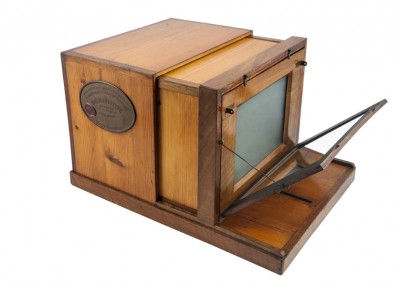 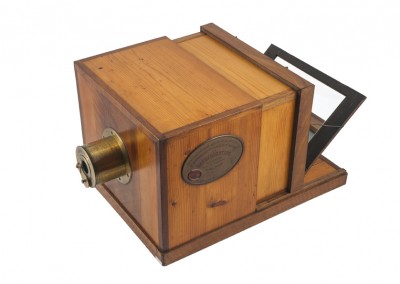 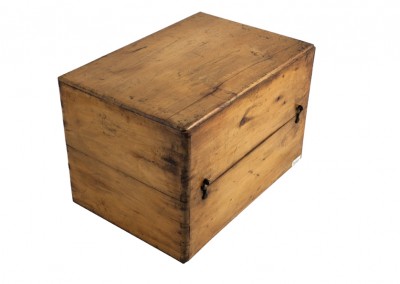 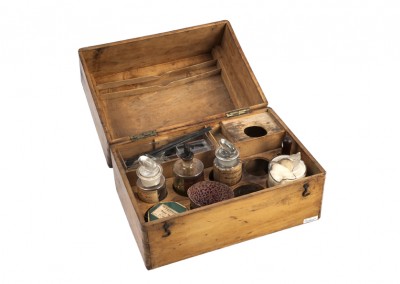 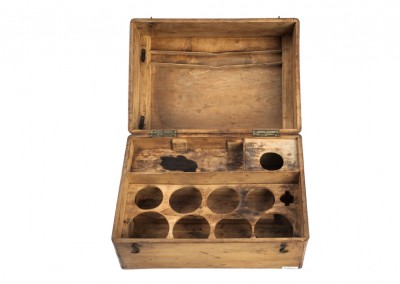 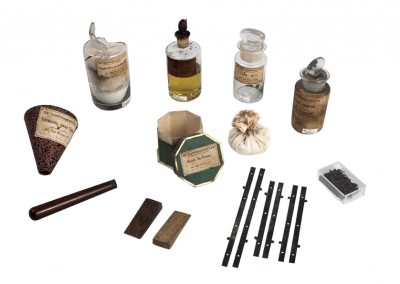 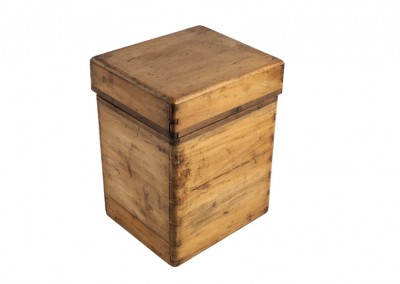 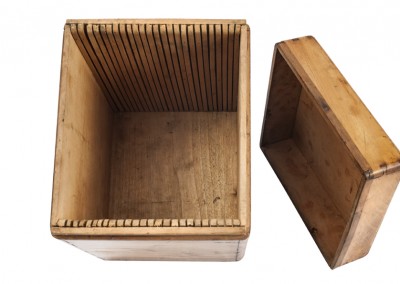 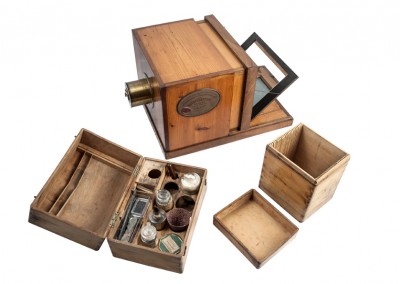 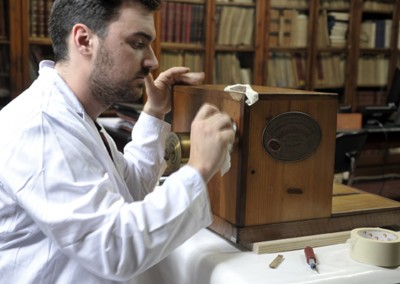 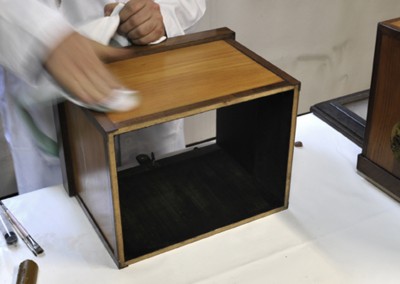 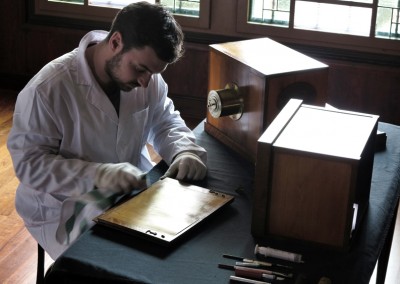